After abandoning the employees of Gerawan Farming for nearly two decades, the United Farm Workers suddenly returned to Gerawan and demanded the employees pay three percent of their wages to that union, or lose their jobs.  Led by Silvia Lopez, a majority of these farmworkers – who were not working at Gerawan when the UFW last stood for election in 1990 – asked the California Agricultural Labor Relations Board (ALRB) to let them decide for themselves whether or not to accept union representation.  Many of the workers believed they were better off without a union.  After all, over the last two decades, Gerawan paid wages higher than any of its competitors in the San Joaquin Valley.

But under California law, a state appointed mediator can impose a collective bargaining “agreement,” even when both the employer and the workers object.  The mediator dictated the terms of that contract after the workers voted in a decertification election.  The ALRB impounded the ballots, and then imposed that contract.  The ALRB then set aside the election, without counting the ballots.

Gerawan Farming challenged the law, arguing that any forced contracting scheme that targets one grower and its workers violates due process and equal protection.  California is the only state in the nation that imposes contracts between a private employer and its workers, and does so at the behest of a union, without any evidence that the labor organization represents a majority of the bargaining unit, or has done anything to represent these workers.  By design, California’s unique forced contracting regime – euphemistically labeled “mandatory mediation and conciliation” – violates the principle that similarly-situated employers should be treated no differently that other employers under the law.

In an opinion authored by Justice Goodwin Liu, the California Supreme Court ruled against the company, and against the workers, concluding that a forced contract, and its abridgment of constitutional rights, does not last “forever.” Gerawan filed a petition for certiorari in March 2018, asking the Supreme Court to strike down the California law.  CIR filed a brief in support of the farmworkers who organized the decertification petition.  CIR argued that this “joint compulsion” scheme violates the workers’ rights of free speech and association by compelling them to pay fees to a union that abandoned them, while barring their right to strike, or to seek to decertify the UFW.

Nearly a century ago, the U.S. Supreme Court invalidated a similar forced contracting scheme in Charles Wolff Packing v. Kansas Court of Industrial Relations.  According to the California court, though, Wolff is a substantive due process, “Lochner era” relic that was “completely repudiated” by the New Deal Court.

As CIR argues in its brief, the scheme invalidated in Wolff  “involves more ‘liberty,’ less ‘process,’ and less ‘law’ than Lochner. That explains why Justices Holmes and Brandeis—surely no fans of Lochner—joined all three cases in the Wolff  trilogy, and why Justice Brandeis even wrote the opinion of the Court in one of them.”

As David Schwarz, Gerawan’s attorney, notes in a forthcoming article in the NYU Journal of Law and Liberty, the purpose of the California forced contracting statute, as Wolff unanimously held, “is not to regulate wages or hours either generally or in particular classes of business, but to authorize a state agency to fix them” as to one employer and its workers, without their consent or right to dissent.  “Without this joint compulsion, the whole theory and purpose of the act would fail.”

CIR’s amicus brief argued that California’s “joint compulsion” scheme, like the Kansas law invalidated by the Supreme Court, compels the worker to give up a fundamental right identified in Wolff– the “means of putting himself on an equality with his employer which action in concert with his fellows gives him.” It’s been over five years since the workers at Gerawan Farming voted to dercitify the United Farm Workers. The UFW was certified at Gerawan in 1990, but then abandoned the workers for nearly two decades. 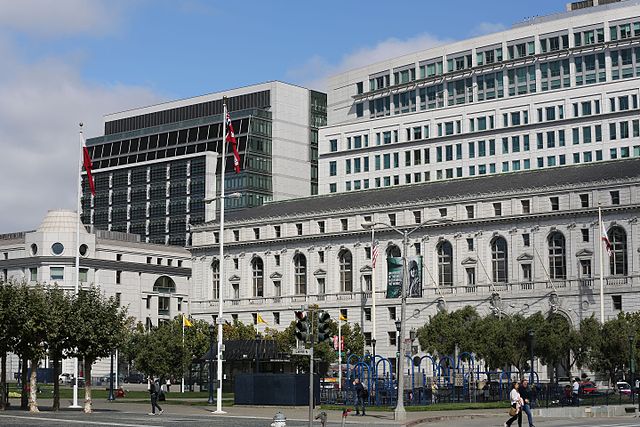 Workers at Dan Gerawan’s third-generation family farm in Fresno, Calif., voted five long years ago to decertify the United Farm Workers. Their ballots were finally counted this week following a tortuous battle that illustrates how…