On behalf of the group Arming Women Against Rape and Endangerment (AWARE), a non-profit dedicated to training women in self-defense, CIR, along with appellate lawyer and AWARE board member Lisa J. Steele and UCLA law professor Eugene Volokh, filed an amicus brief before the Supreme Court in Commonwealth v. Caetano. The case arose when Jaime Caetano was convicted of possessing a stun gun in violation of Massachusetts’s blanket ban on civilian stun gun possession.  She carried the stun gun in her purse for protection from her dangerously abusive ex-boyfriend.

CIR’s involvement in this case began early-on when the Supreme Judicial Court of Massachusetts requested amicus briefs from any interested parties. CIR argued that the Second Amendment protects more than just the right to keep and bear firearms, because the word “arms” in that amendment embraces many different weapons, including stun guns and knives.  Moreover, the right to keep and bear arms for self-defense necessarily includes the right to do so outside the home.  And whatever justification might be adduced for limiting the carrying of deadly weapons, such as firearms, outside the home, these justifications would not support restricting almost entirely nonlethal weapons such as stun guns.

The Supreme Judicial Court of Massachusetts disagreed. The Court upheld the ban, reasoning that stun guns are not protected by the Second Amendment because they were not in existence at the time of America’s founding. As such, the Massachusetts Court found stun guns to be “dangerous and unusual.”

Caetano appealed her case to the Supreme Court, where UCLA Prof. Eugene Volokh and CIR filed another amicus brief on behalf of AWARE, arguing that the Second Amendment protects the right to bear non-lethal weapons because, “some people have religious or ethical compunctions about killing. Other religious and philosophical traditions, such as Judaism and Catholicism, believe that defenders ought to use the least violence necessary. Some adherents to these beliefs may therefore conclude that fairly effective non-deadly defensive tools are preferable to deadly tools.”

On March 21, 2016, the Supreme Court vacated the Massachusetts Court ruling. In a concurring opinion, Justice Alito, joined by Justice Thomas, cited the AWARE brief in support of their conclusion that, when it comes to Constitutional rights, a state may not “force an individual to choose between exercising that right and following her conscience.” 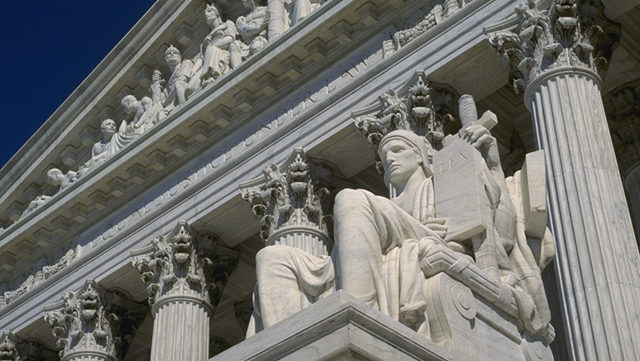 Jaime Caetano Gets Another Chance Massachusetts’s highest court upheld Jaime Caetano’s conviction for possession of a stun gun, rejecting her contention that the state’s total ban on stun guns violates the Second Amendment.  The court ruled that stun guns are…

The Supreme Court has zapped a decision by the Bay State’s highest court that found the Second Amendment does not apply to stun guns...

The Supreme Court Monday on Monday indicated individuals may have a right to possess Tasers and other electric stun guns. The justices threw out a Massachusetts Supreme Judicial Court holding that said the electrical…

Jaime Caetano’s conviction for carrying a stun gun in her car for protection against an abusive ex-partner has energized the US Supreme Court. In a unanimous per curiamopinion issued this morning, the Court accepted the case for argument.